Where it all started.... 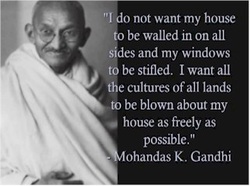 Crystal was born in Yonkers, NY, to parents of Jordanian decent, in a time when tolerance wasn't common among neighborhoods. Growing up in such an environment only caused Crystal to long for some sort of universal open-mindedness.
Adolescence contained a roller coaster of events and emotions that would shape Crystal as a person, but it wasn't until she began college that her future was truly decided. As a wide eyed freshman in her first year at UC San Diego, she was excited to begin what some call "the  college experience", however, this  was far from the reality that awaited her. She quickly realized she was in the midst of a campus divided on the basis of race, religion, and sexual preferences. The various events that engulfed her campus helped push Crystal in the fields of Political Science and International Relations. Social Justice is now at the forefront of Crystal's value system and long term goals.
Today, Crystal is in her last year of Law School at California Western School of Law. As she moves closer to finishing her legal career, she hopes to soon pursue a career in Civil Litigation.
Powered by